The day for Pokemon Sword and Shield to be release is just around the corner. 15th November will witness the eighth generation of Pokemon games into the main franchise.

Up until now, there is numerous news and updates that we heard about this masterpiece. And all I can say, each time they come up with new updates, it makes me so excited. Without any further ado, to sum up all the recent news and updates for Pokemon Sword and Shield, here we go;

In Pokemon Sword and Shield, we will transport to another new region; Galar Region where there are a lot of unique locations to be explored. Galarian culture regarded Pokemon battles as their most famous form of entertainment across the whole region.

Another vast expanse of land in Galar region will be known as the Wild Area. This area is full of nature as far as the eye can see and it connects several towns and cities in it.

Apart from that, we will most likely to encounter a great variety of Pokemon living in the Wild Area. This time, to make things interesting, a type of Pokemon we encounter will depend on things like the weather or location.

As for example, the weather in the Wild Area will change according to where you are or what time of day it is. We will see sunshine and rain or even thunderstorms and these will most likely affect what Pokemon we will see on the field.

In Galar region, there are many types of Pokemon that we will encounter. Their biology and habitat are still unknown to researchers and they are working daily to discover more information regarding new types of Pokemon.

Zacian and Zamazenta are the two legendary Pokemon who will be featured on all the front page of Pokemon Sword and Pokemon Shield. They are currently still in mystery and are even unknown to those who live in the Galar region.

Nope. It’s not Team Rocket this time. Instead, we will now be introduced to Team Yell. Team Yell is a group of troublemakers who will attempt to get in your way at every opportunity.

Team Yell only have one sole objective is to make Marnie become the Champion. So, they will do anything to achieve this which includes taking over the hotel lobbies, preventing other challengers and even distract them during battles.

In Pokemon Sword and Shield, we will get to know Leon; the current Champion of the Galar region. He has never been defeated in any official Pokemon battle.

To this day, his winning streaks continue to grow even longer and his talent for Pokemon battles is unbeatable. His favorite Pokemon is Charizard and together, they will face any challengers who come in their ways.

In Galar region, it is very common things that Pokemon and people to work together. Hence, corporations and universities request for the help of Pokemon will be known as Poke Jobs.

Any availability of Poke Jobs can be checked at the Rotomi in Pokemon Centers and those Pokemon can be sent directly from the Boxes once the job has been accepted.

Different types of Pokemon are suited for a specific type of jobs and we can help by sending as many Pokemon as we want. Sending Pokemon for a job will grant them experiences and a chance to receive some rare items!

Dynamax is a phenomenon that only happens to a specific location in Galar region, where Pokemon will take on gigantic appearance. Only Pokemon from Galar region are capable of Dynamaxing and when it happens, Dynamax Pokemon become tremendously strong. However, Dynamax Pokemon will only be able to maintain their state for three turns and will return to their normal condition after that.

The key items to achieve Dynamaxing is the Dynamax Band. This special item is the product of research and trainers who possess them are the only one able to Dynamax their Pokemon.

While Dynamaxing seems to be a phenomenon common to the Pokemon from Galar, Gigantamaxing only affects certain species of Pokemon and even among such species, only rare specimens can Gigantamax.

What is your choice? Sword Pokemon? Or Shield Pokemon?

There are quite a few differences that we know until now what we get based on what we choose;

Species of Pokemon that going to appear

Different gyms challenge will have different Gym Leaders based on what version of Pokemon that we play. As for example, in Pokemon Sword, we will face down Bea while in Pokemon Shield, we will go against Allister. 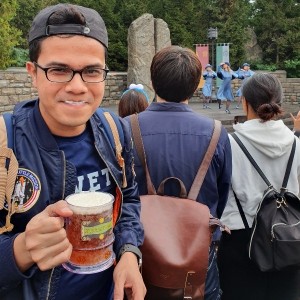